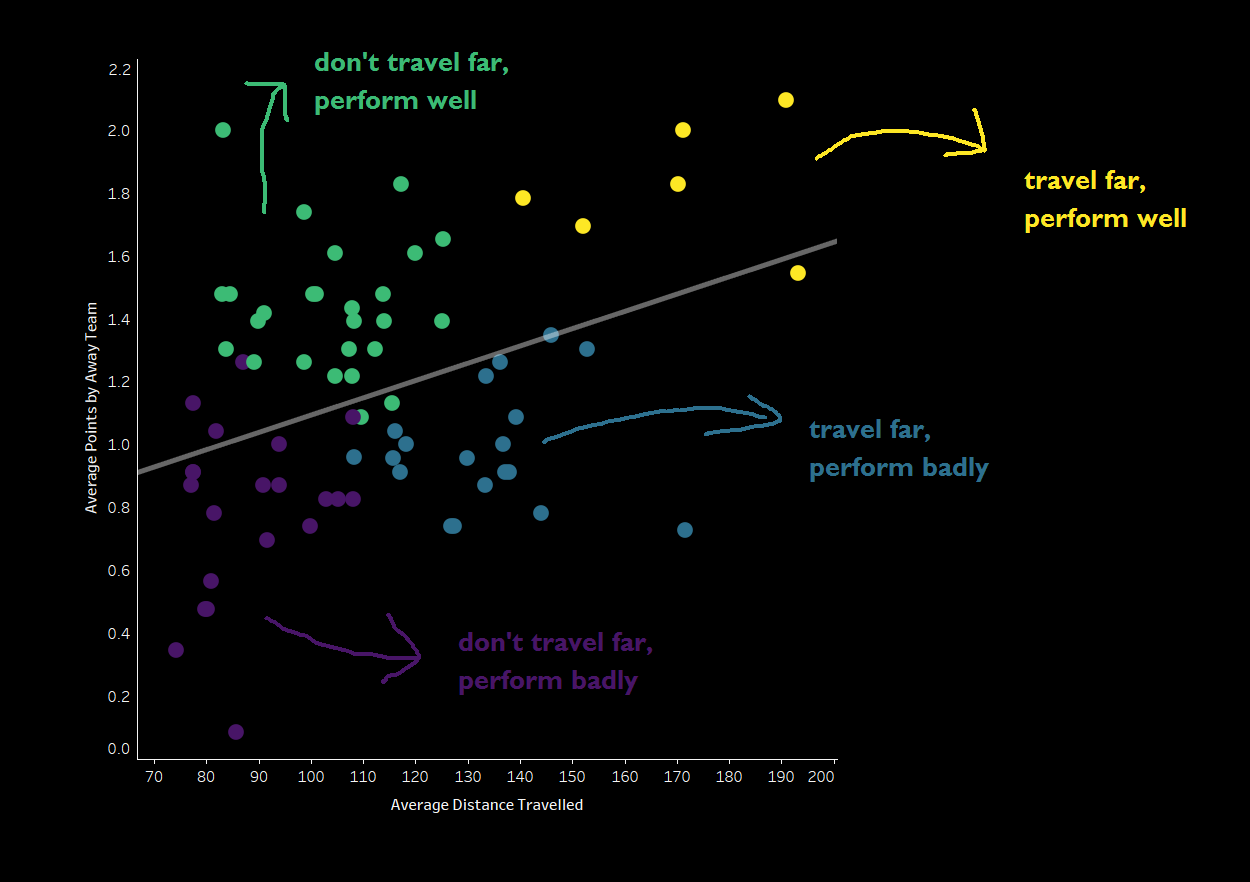 If you follow football, you often hear about arduous away trips to the other side of the country. This seems to imply that the further an away trip is, the more difficult it is for the away team.

However, is that actually true? Do away teams really do worse when they’ve travelled a long way to get there, or is there no difference?

The football league season has just finished, so I’ve taken each match result from the Championship, League One, and League Two in the 2016-17 season. After some searching, I got the coordinates of each football league team’s stadium, and used the spatial tools in Alteryx to calculate the distance between each stadium. I then joined that to a dataset of the match results, and you can download and play with that dataset here. I stuck that into Tableau, and you can explore the interactive version here.

First, let’s have a look at how many points away teams win on average when travelling different distances. I’ve broken the distance travelled into bins of 25 miles as the crow flies from the away team’s stadium to the home team’s stadium, then found the average number of points an away team wins when travelling distances in that bin (I excluded the games where the away team travelled over 300 miles as there were only two match ups in that bin – Plymouth vs Hartlepool and Plymouth vs Carlisle).

It turns out that it actually seems easier for away teams when they travel further away:

This is surprising, but there could be several reasons contributing to this:

I also used Tableau’s clustering algorithm to separate out teams and their away performances based on distance travelled, and it resulted in four basic away performance phenotypes (which you can explore properly and search for your own team here): 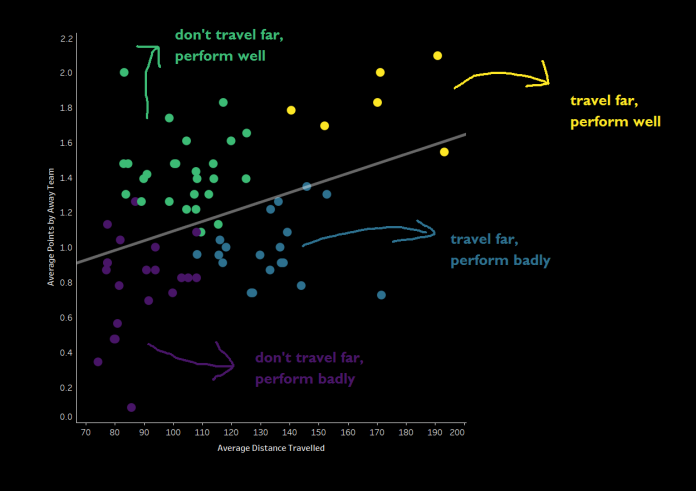 Since I had the stadium details, I had a look at whether the stadium capacity made a difference. This isn’t a sophisticated analysis – better teams tend to be more financially successful and therefore invest in bigger stadiums, so it’s probably just a proxy for how good the home team is overall, rather than capturing how a large home crowd could intimidate an away team. 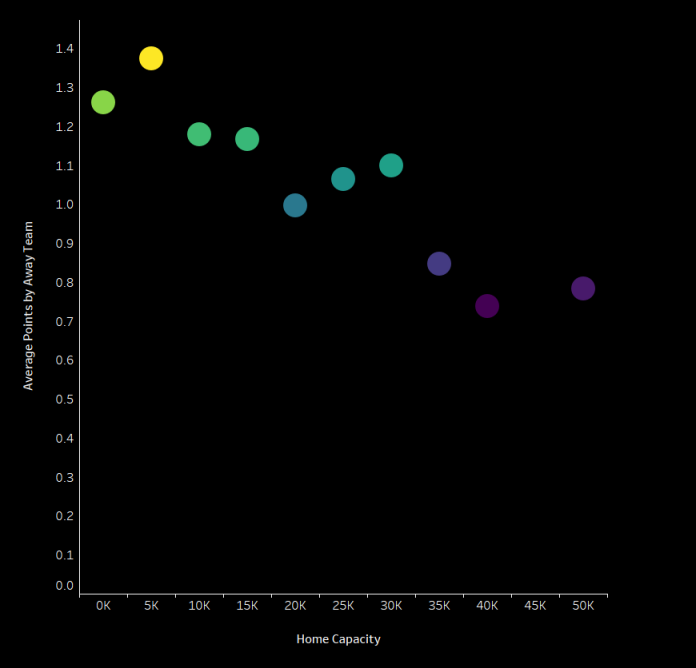 Finally, this heat map combines the two previous graphs and shows that away teams tend to do better when they travel further to a smaller ground. This potentially shows the centralisation issue discussed earlier; the lack of data in the bottom right corner of the graph shows that there are very few big stadiums in parts of the country like the far North West, North East, and South West, where away teams have to travel a long way to get to.

So, it looks like the further an away team travels, the better they tend to do… although that could reflect more complicated economic and geographic factors.